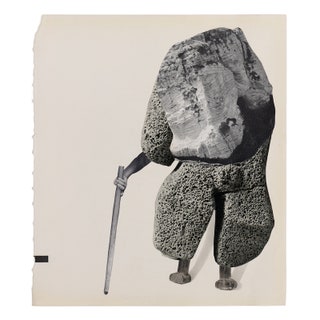 Jonathan Sielaff, Matt Carlson, and Chuck Johnson share an apparent aversion to sharp edges and hard surfaces. For more than a decade, Sielaff and Carlson’s Portland, Oregon, duo Golden Retriever has used the unusual pairing of bass clarinet and modular synthesizer to make music that flows like liquid. Unbowed by their instruments’ limitations, they create an illusion of fullness, using just-intonation systems to pull ghost tones out of thin air, arpeggios to suggest mirage-like harmonies, and overdubs to weave narrow bands of tone into shimmering expanses. Oakland, California, guitarist Johnson also knows something about making his instrument sound like something it is not. Though he got his start playing fingerpicked acoustic folk in the American primitive tradition, his 2017 album Balsams turned the plaintive sound of the pedal steel to blissfully ethereal ends. And in the duo Saariselka, alongside Marielle V. Jakobsons, he eked even more weightless atmospheres out of his slide and steel strings.

Rain Shadow amounts to a meeting of like minds, with a twist. Though Johnson and Golden Retriever have occasionally appeared on the same bills, they’ve never actually played together, not even for the making of the album. While Golden Retriever habitually mix real-time improvisation and subsequent editing, this time all three musicians hunkered down in their respective studios, composing and then swapping their individual parts in a three-way round robin exchange. Golden Retriever performed the final mix and arrangement on two of the album’s four tracks, while Johnson took on the other two. It’s a testament to the musicians’ collective mind meld that no song bears the obvious signature of any individual; it’s impossible to say who put the finishing touches on any of these uniformly luminous instrumentals.

One of two 13-minute tracks, “Empty Quarter” opens the album with a soft chordal blush of unknown provenance, the pedal steel sailing gently over the top; multi-tracked clarinets rise in the mix, answered eventually by electric current from Carlson’s modular. There is no melody, just strands rippling and swirling like seaweed. But some imperceptible transformation takes place along the way: The sound thickens and congeals, its individual elements blurred like the texture of frosted glass.

These songs differ principally not in method but in tone. In “Lupine,” the album’s most lyrical and sentimental track, twinned clarinets and pedal steel twist in slow-motion counterpoint against a glowing, major-key backdrop; the closing “Creosote Ring” takes similar elements and turns them pewter gray, like rain clouds pierced by harsh sunlight. All four tracks feel like parts of a series; they might be still-life paintings of the same object from slightly different angles, or photographs of a grassy field captured at dusk on four consecutive evenings.

Given this uniformity, it might be hard to say just why the long “Sage Thrasher” is the album’s highlight, but it is; there’s a sense of mystery that the other songs don’t have, elements cruising into earshot like prop planes in the distance. The first five minutes feel like swimming through honey, then the body of sound seems to turn paper-thin before expanding once again in all directions, like a physics model of an alternate universe. From modest beginnings, the piece builds to high drama, with the enveloping buzz of an orchestra tuning up—an orchestra of fluorescent tubes, bowed metal, laser beams, and brain waves. It coasts out on a two-minute denouement, dissolving slowly into white noise.

At times it would be nice to hear more variation, more detail, more friction: There’s a moment in “Lupine” when analog distortion adds a faint dusting of grit, a welcome counterbalance to the song’s overwhelming consonance. But the relatively concise album is a warm and immersive listen, and it feels timely. Created in isolation out of choice, rather than dictate or necessity, it’s an example of music’s refusal to be locked down. On Rain Shadow, notes bleed across the stave, pass through walls, and are transformed by good old musicianly telepathy; all that is solid melts into air.